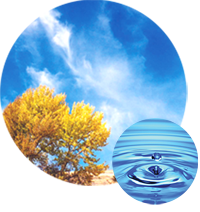 California’s Industrial Storm Water General Permit (IGP), issued since 1992, has utilized “benchmarks” and “numeric action levels” (NALs): storm water effluent concentration targets to which dischargers were required to aspire, but which were not actual enforceable limits. However, amendments to the IGP, some of which become effective on July 1, 2020, will change this by adopting enforceable numeric effluent limits (NELs) for specified water bodies. Several large urban watersheds in Southern California in particular will have very low limits set for metals, with some other water bodies across the State also affected in a somewhat more limited fashion for most industrial facilities. A second set of action levels known as TNALs are also being adopted for a different set of water bodies and watersheds, some of which will phase in over a period of years. NEL and TNAL concentrations are frequently below the current NAL concentrations, which means that affected facilities need to start developing compliance strategies as soon as possible. This webinar will outline the affected water bodies/watersheds, the new standards that will be applied, and potential strategies for dealing with this major permit change.